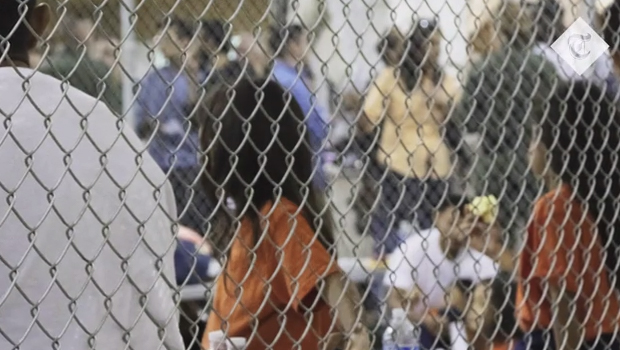 The footage coming out of the USA has been incredibly hard to watch, harrowing even. Children forcibly separated from their parents, living in what amount to internment camps. These children have done nothing wrong, they have committed no crime. They are there because their parents chose to seek a better life in the USA, to chase the last fading remnants of an “American Dream” that has instead become for them an american horror story.

Robert F Kennedy, in the speech that became known as the “Ripple of Hope” speech said that:

“Only earthbound man still clings to the dark and poisoning superstition that his world is bounded by the nearest hill. His universe ends at river shore. His common humanity is enclosed in the tight circle of those who share his town, or his views and the colour of his skin.”

I write this with a heavy heart. I have been an admirer of the USA and have been smitten deeply by some of their wonderful people over the years. I was engaged to a girl from there for a while, was a frequent visitor to their shores and I despair when I see what their country is becoming, how far it is falling. I know that she will feel this deeply too as she was always motivated to chase what is right and stand up to injustice.

I remember laughing at what seemed like outlandish and outdated beliefs. Car stickers that proclaimed things like “Sarah Palin: Babies. Guns. Jesus.” They seemed almost comic then but like weeds unattended in the garden, they have grown and thrived, rising to throttle the life out their country and their body politic and have been allowed to usher in what feels like an Orwellian, dystopian era where a sitting President is being investigated by the FBI.

The latest attempt at distraction was to wave America;s unhealthy military fetishism in their faces and announce that there is a new branch of the military to be formed. It sounds like a bad sci-fi show but Donald Trump, 45th President of the United States of America, announced the founding of “Space Force”, in an attempt to shift our focus from juvenile detention camps to the skies above us. “Look, a shooting star.” simply isn’t going to work. The defence that they are just enforcing their laws didn’t work so well for former Nazi officers at the Nuremberg trials following World War II.

There has to be a reckoning for these crimes and this climate of cruelty bred by the haves, to trample on those without. It is the same in the UK, with the anti-immigrant rhetoric and the “hostile environment” policy. These are the evils that blight our world and we can’t afford to turn away. Don’t turn a blind eye to children being forcibly separated from their parents. Some are toddlers, some are babies, all of them are Jock Tamson’s bairns.

It feels like the USA has lost it’s soul but there is a way through these dark days and that is to listen to some of the best and the brightest from history, not some of the worst. A 32 year old Thomas Jefferson proclaimed that “All men are created equal”. Hold to that ideal and treat others as equals in the dark days ahead and America might once again become the country that was a haven to immigrants from troubled lands. Recapture the spirit of the words emblazoned proudly on that most American of icons, the Statue of Liberty:

“Keep, ancient lands, your storied pomp!” cries she
With silent lips. “Give me your tired, your poor,
Your huddled masses yearning to breathe free,
The wretched refuse of your teeming shore.
Send these, the homeless, tempest-tost to me,
I lift my lamp beside the golden door!”