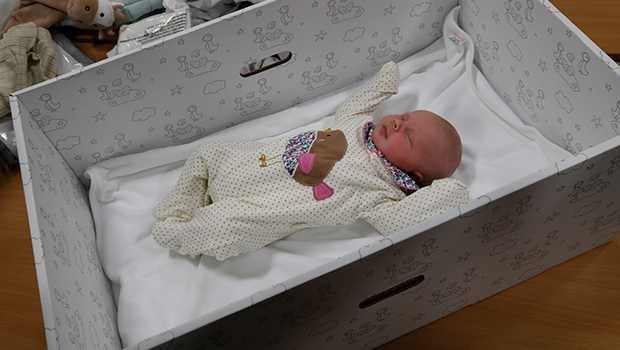 One of the Scottish Government’s flagship policies, the “Baby Box” has come under intense attack from political rivals and the Scottish media in recent days. The Sun even went as far as to first create optimum conditions and then to set fire to and burn a baby box.  Let us be clear, most materials when exposed to fire will burn after a time. It took more than seven minutes for the baby box to burn fully, which is actually remarkable given that it is constructed from cardboard. It already comes with clear instructions not to leave it next to open fires.

Why are the media helping the Conservatives to manufacture a story about this? It is yet another attempt to discredit an SNP Scottish Government that, while not perfect, is implementing some good ideas which are to the benefit of the country. The Conservatives and their allies in the media are attempting to sway public opinion against the uptake of the boxes on any grounds that they can. We have seen attempts previously to attack the universality aspect of it, to question why even rich people get a baby box. As we see it, the baby box is the sort of forward thinking, sensible and ultimately kind gesture that sets the tone of our society. It says that the State, at least in Scotland, welcomes all children, regardless of social status or privilege, and wants to provide them with a decent start in life.

The baby boxes aren’t the be all and end all when it comes to making our society better but they are a very worthy starting and if even one parent has been deterred from requesting one because of the irresponsible scaremongering of the Conservative MSPs and the media, they should be very ashamed of their actions.